Organizers from Spartak Hradec Kralove tested Fortuna Arena before upcoming European Championship SKIF 2017, which will be held in May next year on the same place – Icehockey stadion Hradec Kralove. On the floor was 8 tatami from which 7 was used for fights in kata and kumite in all age categories for the whole weekend. Tournament finished by huge success because it released that it fits perfectly to the tournament of this size. On this year Grand Prix was seen 1300 contestants from 12 countries. Organizers of SKIF CZ are waiting for one more proof, now more of referees and timekeeping software, which will be on the tournament on May 15 in sport hall Trebes. 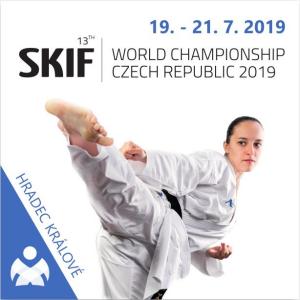